Steve Vai to return to the UK this August 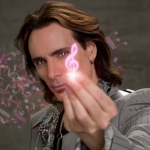 American virtuoso guitar player Steve Vai will return to the UK  at the end of August (2013) after the success of his Story of Light world tour and eighth studio album, ‘The Story of Light’.

Vai’s newly announced tour will cover the length and breadth of the UK, including visits to Glasgow, Leeds, Belfast, Cardiff, Bristol, Bournemouth and Brighton.

Steve recently spoke to top online guitar magazine iGuitar and explained the concept for Story of Light follows the journey of a man “driven mad by grief, intertwining tragedy, revelation, enlightenment and redemption.”

The Story of Light is the second installment of the Real Illusions trilogy, a “multi-layered melange based on the amplified mental exaggerations of a truth-seeking madman who sees the world through his own distorted perceptions” as described in the album’s booklet introduction.

Tickets are on sale now with options for a premium EVO Experience package, which includes a meet-and-greet, Q&A, sound check access and more, available exclusively via Vai’s website.

Find Steve on the Web

Richard Perkins is the founder of Bath Guitar School and has worked for the International Guitar Foundation, Brit Awards, Rockschool, B&NES Council, Mid Somerset Festival, Bath Music Plus, and appeared on BBC and ITV television and radio programming as well as being featured in Guitar Techniques, Total Guitar, Venue, Bath Life magazines and the Bath Chronicle newspaper. Richard is a graduate of the Commercial Music degree programme at Bath Spa University and has a HND in Popular Music from Oxford College.
View all posts by Richard Perkins →
This entry was posted in Music, News, Tour, Video, Website and tagged iGuitar, Magazine, Real Illusions Trilogy, Steve Vai, The Story Of Light, UK Tour, Virtuoso Guitar. Bookmark the permalink.